of the city of Ravensburg

Museum Humpis-Quartier is the cultural history museum of the city of Ravensburg. Since opening in July 2009, it has been inviting visitors on a journey through 1,000 years of urban history, from the Middle Ages to the present day, in its late medieval residential quarter comprising seven buildings.
The quarter is named after the Humpis family, whose heraldic animal, a greyhound, is still the museum's mascot today. You can find out more about the Humpis family in our permanent exhibition.

The special feature of the award-winning museum concept is the close connection between the architecture and the themes and stories on display: a tour through the quarter offers unique insights into the building culture and takes you into the living spaces and lifestyles of the former residents.
Museum Humpis-Quartier is exemplary beyond the borders of Baden-Württemberg: for its respectful treatment of a culturally and historically significant architectural monument. Its use as a modern museum was made possible with the least possible intervention in the fabric of the buildings, while also meeting all the requirements of visitor friendliness and barrier-free access. It is a vibrant place of culture, education and an atmospherically unique place to spend time.

The museum’s temporary exhibitions look at contemporary historical backgrounds and contexts. They are dedicated to cross-epochal themes in the history of culture and mentality: the focus is on the question of people’s possibilities for action and their opportunities in the microcosm of the city.

The Museum Humpis-Quartier collection comprises around 8,000 objects and papers, the oldest dating back to the Roman period around 100 CE, with the most recent from 2020.

A central part of the collection is made up of objects that represent the history of the Humpis Quarter in the 20th century and which were once owned by its former residents. These are supplemented by everyday objects and culturally historical artefacts from the city of Ravensburg and its environs dating from the Gründerzeit and the first half of the 20th century.
Far fewer objects from the late Middle Ages and early modern period have been preserved. In terms of older art, the most important are a few late Gothic sculptures of Upper Swabian origin (Jakob Russ, Hans Multscher circle), altarpieces and panel paintings, city views and pamphlets, as well as a small collection of work by the Ravensburg-born baroque painter Franz-Joachim Beich, plus early modern guild panels, citizens’ portraits, architectural finds and some furnishings and handcrafted products made in Ravensburg. 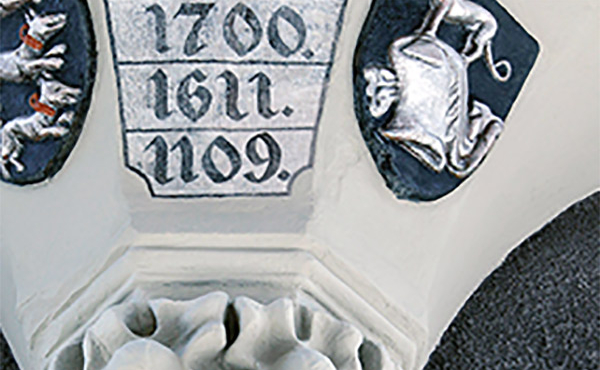